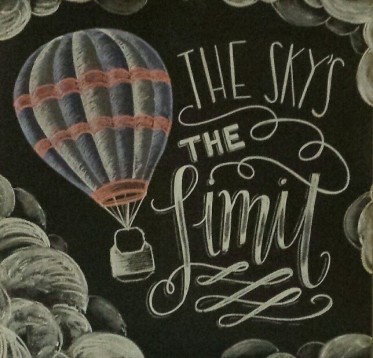 Quotes can be quite inspiring at times. However, some which I see go around Facebook, can be rather depressing and don’t tend do anything except reinforce the depression and keep you down in the pits of your darkness. Those ones are more like sentences, or a statement, than a quote as they only look at the negatives of life. There’s no feel good at the end to give you hope. To me, a quote should be uplifting, inspiring, encouraging and positive. Otherwise, what is the point of a quote?

Since my third marriage broke down, I have developed a new perspective of myself and my life, a more positive outlook, and the way I handle situations (and myself). During my third marriage, a light bulb moment happened which has led me to write my book “I Don’t Hate Me Anymore”. Even though quotes on their own don’t cure anything, they can give you the hope you need that things will get, and can be, better. 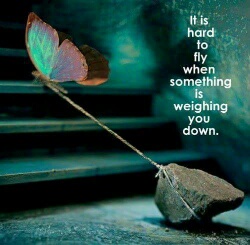 While living in the caravan at my parents’ place, when I was at one of my lowest points in life with depression, and it felt like the world was trying to bury me, I started saving positive quotes to my phone which I came across on Facebook, emailing them to myself and printing them to put around my caravan to remind me that not everything in life is bad. Even though the way I looked at life was more positive than it had been in 2001 when my first marriage broke down, I was grappling with suicidal thoughts and dreams and knew I had to keep my head above the water. As I said before, quotes don’t cure anything – I cried and panicked a lot – but they did give me hope that it wouldn’t be forever – it was a temporary situation and I would survive just like I always have. Counselling was still something I had to attend, though by putting even some humorous quotes around my caravan, it helped me to cope with the small confined, financially difficult circumstances and keep my head above those waters which threatened to drown me. 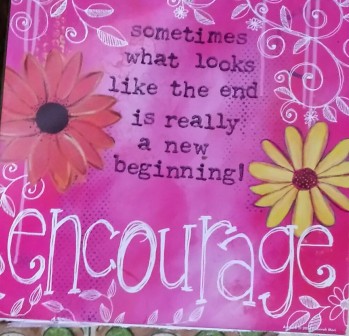 This thought morphed over time. I don’t know where you stand in regards to God, but I believe God put this on my heart because it has been something which didn’t go away until I did it.

As I told you before, I was printing quotes and putting them around my caravan and at work. Well, I started printing a few extra of the same quote in order to start this task which had been given to me. My intention was to laminate them and cut them up and put them in letterboxes as is. I didn’t expect it to grow so much.

I had moved out of the caravan by the time I felt I didn’t need anymore quotes. That’s when I laminated them. There were quite a few! While I was cutting them up, I was thinking about how I was going to give people the quotes. The idea of a letterbox drop came to mind. 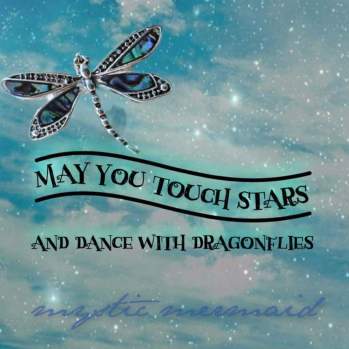 After the cutting up was complete, the thought of putting just a plain laminated quote in a letterbox didn’t sit well with me. Putting them in an envelope came to me as a solution. However, they were different sizes and there were over 100 quotes to envelope. No normal sized envelope was going to fit them. That left me with only one option – make them.

Excitement was growing. I really wanted to do this and I wanted to make it personal, and I didn’t want the person receiving it to throw it away when they took it out of their 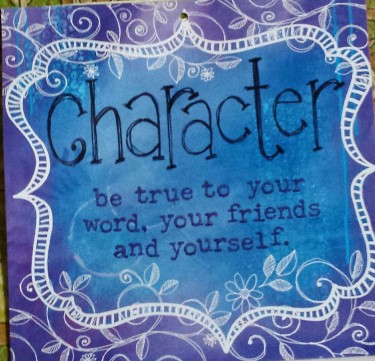 letterbox. Also, I wanted them to be mixed up and I didn’t want to know which quote I was putting in the letterbox. It needed to be random so that God could do His thing and make sure the quote a person received it was the one that would speak to them in the way God wanted to speak to them. The quote was personally for the first person to get it.

The envelopes were made out of wrapping paper. Some of the quotes were able to be hung up or put on a fridge, but most of them were simply a laminated quote. On the back of the envelope I put a smiley face, and on the front, wrote “To The Person Holding This”. Even a hand-drawn smiley face, each different to the next, accompanied the writing.

With Christmas and New Year approaching, I wanted whoever was destined to receive the quote, to get it before the year was out. Moving forward into 2018, I really hoped to give the inspiration, hope, encouragement, and positivity that the recipient they needed for whatever situation they were in. Only God knows what is going on for each person in my street, so only He knows which quote they needed for that extra personal touch. 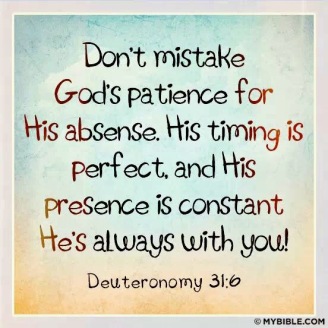 There is no way I could possibly pick the right quote for each person let alone know who would get it. I believe that God wanted to speak to the people in my street, and I was His hands and feet in getting to them the message He wanted them to hear. Even though others could also get encouragement from the same quote, it was specifically for the person who picked it up first.

The number of quotes I needed, I had no idea. I didn’t count the houses. Some of the quotes I gave to people as I felt I needed to before the letterbox drop, so I didn’t even know how many I had left to deliver. All I knew was that I had over 100 originally.

On Christmas Day, in the rain, my partner and I delivered the random quotes to the people in the houses on the left of our house and across the road.

On New Years Day eve, my partner and I delivered the rest of the quotes. This time I counted them. The rest of the street was more than that. So, I halved them, and delivered each half to each side of the street. My estimation was to the park and back. Again, I didn’t count the houses between us and the park and back again. I left it up to God that it would be the right amount because this was His message to someone, not mine. 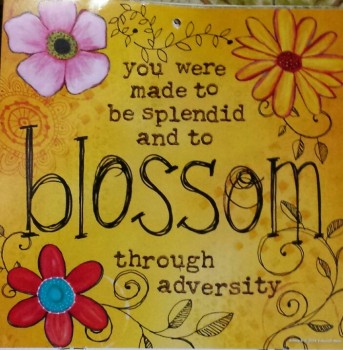 As it turned out, there were EXACTLY the right amount to do every house, including having given one to a woman pushing a bike because I got the feeling I should give her one.

These randomly given enveloped quotes were dubbed Inspiramail – mail that inspires.

Now, I’m not telling you all of this to big note myself. Firstly, I am sharing it to show you that God does talk to people and uses people to do it. Secondly, I want to encourage each of you reading this, to do something similar for someone. Only a few of my neighbours are known by me, meaning I don’t know most of the people whose letterbox I dropped an envelope into. You don’t have to do a letterbox drop. That was something I felt I needed to do which I believe came from God wanting to send these people a message. And it was a lot of hard work as well took a lot of time. 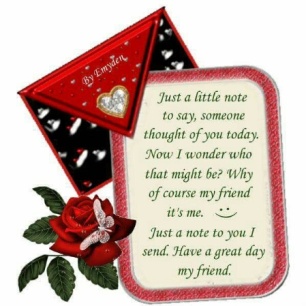 No, I’m thinking more of an anonymous note, a text message, an inbox, a private word (anything at all) given to someone you know or don’t know, given on a whim, or purposefully, or just because you feel you need to. Smile, say hello, buy a meal for someone on the street, pay for a stranger’s coffee, pay the bill of someone you know is struggling or buy them groceries. Follow your intuition because it is right a lot more often than it is wrong.

Many times, I have received things from people anonymously. Money for groceries given to me in a blank envelope. A note posted to me using snail mail.

Anyone can do it.

Inspiramail isn’t mine. It’s everybody’s. Spread it around like icing on a cake 😊