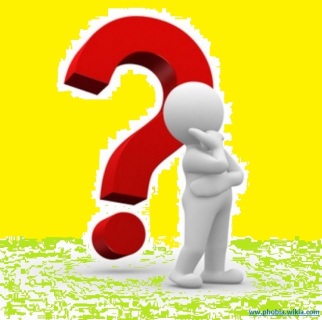 On Friday, I was driving my youngest to school, when out of nowhere he asks me,

“Mum, where did kick the bucket come from?”

“What?” came my surprised reply.

“Kick the bucket. It sounds stupid, but where did it come from?” the inquisitive child queried further.

“Well, that’s a very good question. I don’t know. We’ll have to google it,” was my intelligent response.

And then it got me thinking……why do we say “kick the bucket” when someone dies? What does it have to do with death and dying?

Inspector Allie got her magnifying glass(es) out, put on her Sherlock Holmes hat, and set about using her trusty keyboard to track down the answer for the growing mind of her son. 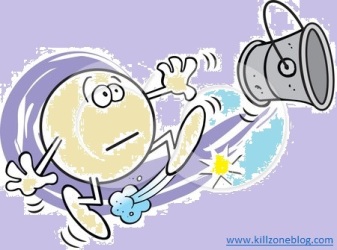 As it turns out, there are lots of results for “kick the bucket”. Some sites claim to have the answer as they only note one possible meaning but neglect to mention there are more. Others note a few theories. One which I particularly liked was more of an essay about it, written by Anatoly Liberman. It was very interesting and more informative than any of the other sites.

So, let’s take a closer look at “kick the bucket”, where it came from and what it meant then and now.

The idiom first surfaced in print at the end of the 18th century.

“Did you hear? Joe Henderson kicked the bucket yesterday.”

Especially if it isn’t someone we personally know, such as a celebrity, or someone far off who your Grandma knows but you never met.

There is a thought that “kick the bucket” had to do with when someone took their own life or a criminal was hanged for a serious crime. The notion was that the person

positioned themselves upon an upside-down water bucket, put the noose around their neck, and when ready, kick the bucket away. In the event of an execution, it was common to put the noose on a strong branch of a tree. Once the perpetrator was in position on the bucket, and the executioner was ready, the bucket was kicked away from under them.

However, there is no evidence to back this up. No citations either which relate to suicide. To me, it doesn’t make any sense because the height of the bucket doesn’t compute with my brain to be high enough to break a person’s neck, making it a horrible way to die. As far as I know, a person could stay alive for a while if their neck didn’t break, choking slowly until they died. Sends chills down my spine.

The first link of “kick the bucket” to death was made about 1785. It’s meaning appeared in the Grose’s Dictionary of the Vulgar Tongue.

Bucket had an additional meaning in the 16th Century. It meant a beam, or yoke, used to hang or carry things. There is a good possibility it was introduced into the English language from the French words, trebuchet meaning balance, or buque meaning yoke. 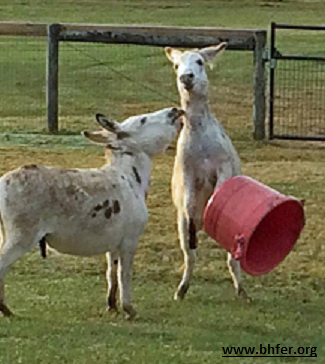 This meaning was referred to in 1570, in Peter Levin’s Manipulus Vocabulorum, A Dictionarie of English and Latin Wordes. Shakespear used it as well, in 1597, in his play Henry IV Part II:

“Sifter then he that gibbets (hangs) on the Brewers Bucket.”

In Norfolk, they used the word “bucker”, meaning “bucket”, to describe the pulley they used to hoist pigs when they were killed. In the slaughterhouse trade in other parts, they used a wooden frame, also known as a Gambal, to hang the animals they killed. It was normal for the animal when they were dead, to twitch and “kick the bucket”. 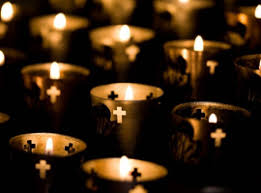 In England, around the later Middle Ages, the Catholic Custom was to lay out the corpse and place a bucket of Holy Water at the deceased person’s feet. When visitors came, they would sprinkle Holy Water on the feet of the dearly departed as they left the room. In a booklet written by Bishop Abbot Horne in 1949, “Relics of Popery”, he noted,

“Many other explanations of this saying have been given by persons who are unacquainted with Catholic Custom.”

There was a game which boys played in the school yard using a bucket. They would kick it around on the ground like a ball. Another version of the game was to set up buckets and try to weave a ball around them without kicking one of the buckets. If they kicked a bucket, they would be out of the game. It seems that it may have come from humorous 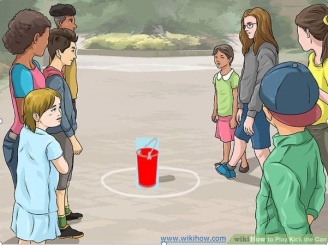 Well, I don’t know about you, but I found all of that fascinating. However, it hasn’t really given me a definitive answer. No one has been able to pinpoint any sources which can solve the mystery of where it came from.

All this then brings up the subject of the “Bucket List”, what is it and where did it come from? Has it come from the original saying?

So, a bucket list is a list of things a person wants to do before they die, or these days, wants to do someday. If someone feared death, they may have made such a list. 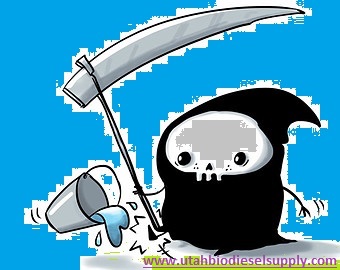 Prior to the movie “Bucket List” starring Jack Nicholson and Morgan Freeman, released in December 2007, there is no evidence of it having been used prior. It was authenticated in an UPI Newswire post on 29/06/2006 announcing the film. It is possible that it may have been used before the release of the movie, but there is nothing noted on the internet indicating such evidence relating to this meaning of the “bucket list”. It was only after the release of the movie that the “Bucket List” became widely used.

The only mention of a “Bucket List” of sorts prior to 2006, was a computer sorting program called the Bucket Sort, which would put things into numerical and alphabetical order. As a result, it was referred to as the Bucket List by those in the trade, but that is very different to the meaning we are currently looking at.

Article: Kick the Bucket by izytang 2003 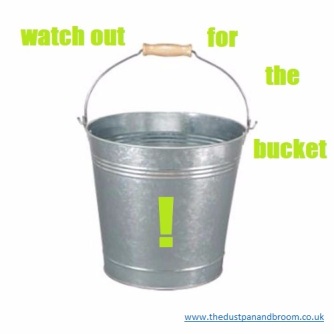