Photo by freestocks.org on Pexels.com

One of nature’s greatest elements.

Who doesn’t like a bon fire? Or a camp fire? What about a fire place? My fireplace, when I had one, had me transfixed, the crackling relaxing. I was inspired to write this poem: 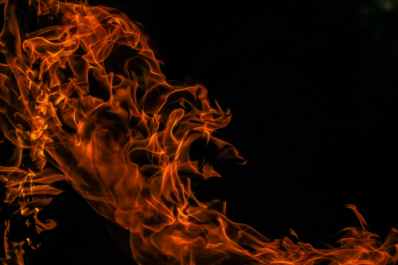 Photo by Francesco Ungaro on Pexels.com

Until fuel is ash.

That’s what fire is.

Right now, though. Australia is burning.

There’s fire in every state, but most affected has been New South Wales (NSW).

The crackling of these fires are anything but relaxing. I think terrifyingly traumatic is a pretty good way of describing it. Within what is known as Australia’s fire season, unprecedented walls of flames charge onwards and relentlessly.  Uncontrollable, humanly impossible to distinguish, massive orange hungry monsters, intend of engulfing everything in their paths. Unpredictable winds drive the directions they travel. A predator. Our arch enemy.

It’s a nightmare no one can wake up from.

From Mallacoota in Victoria’s south to Sydney, New South Wales, are surrounded by fires. Only two ways in or out of Sydney at the moment. Unable to drive south of Nowra. So many roads closed that some towns are isolated.

On the Daily Mail website, on 8th January 2020, these were the statistics at the time: 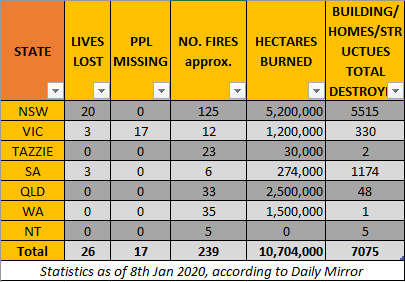 Some started by nature’s sting. And unfathomly, some deliberately lit. 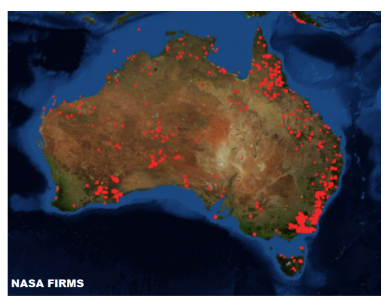 The map from Nasa Firms is frightening.

The destruction is unbelievable.

The environment stripped, including the soil.

The animals killed phenomenonal. Some protected species, low numbers in the wild, such as our beloved koala, could be extinct. It’s unthinkable. It’s estimated 1 billion animals have perished to date, and climbing.

Whole towns evacuated, or under threat of it.

People’s lives destroyed, homes gone, thousands displaced and made homeless. They have nothing left.

The lives lost are more than heart breaking.

The fear for those who are missing.

The respect and admiration of our firies, how they put their lives on the line to save others, and the awareness of how difficult it actually is to put out a fire is exponential. They are exhausted! Thank goodness for the overseas fire fighters who have donated their time and efforts to assist our firies, as well as others within the community, retired firies and one pollie in particular, who is actually a trained fire fighter himself, Tony Abbott.

World wide attention and prayer are fervent, everyone holding their breath as they watch on helplessly in horror.

However, there are good stories too. Heart-warming ones.

Amongst the carnage and devastation, fear and heartache, Australia’s soul of mateship and generosity has exploded! Food, clothing, pet items, baby food, nappies, blankets, sheets, towels, toiletries have been donated to those who have been affected by the fires. So much so that it’s reached overwhelming levels, and so people have had to be asked to stop and donate money. As these people rebuild their lives and livelihoods, money is the mode of which communities need most.

Millions of dollars have been raised already to help the people and the firies. Some have included: fundraisers and GoFundMe pages; high profile people pledging thousands of dollars; tennis players, who have pledged specific amounts for each ace they get, or their entire winnings altogether!

The number one thing we need above all else is…..

And lots of it. Heavy down pours! The ten minutes we’ve been getting is celebrated and extremely welcomed, without a doubt. Don’t get me wrong as we are in a drought after all. It has slowed some fires down. But we need more of it, continuous, and wide spread. And hopefully the prediction of March falls in the percentage the Bureau Of Meteorology gets it wrong. Those who pray, keep praying. 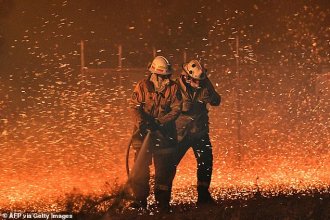 “Thank you” seems not a big enough of a word to express a county’s gratitude. We are indebted to you all:

I also pray, for rain, an end to the fires, protection for those in danger of it, and all have had to endure loss.

My heart is grieving with you.

Australia’s heart is grieving with you.

The heart of the world is grieving with you.

Stay safe, my Aussie brothers and sisters. We are one. We are many. We are Australian.

Melina Illustrates, melanippe_art, artist of this powerful and moving picture… 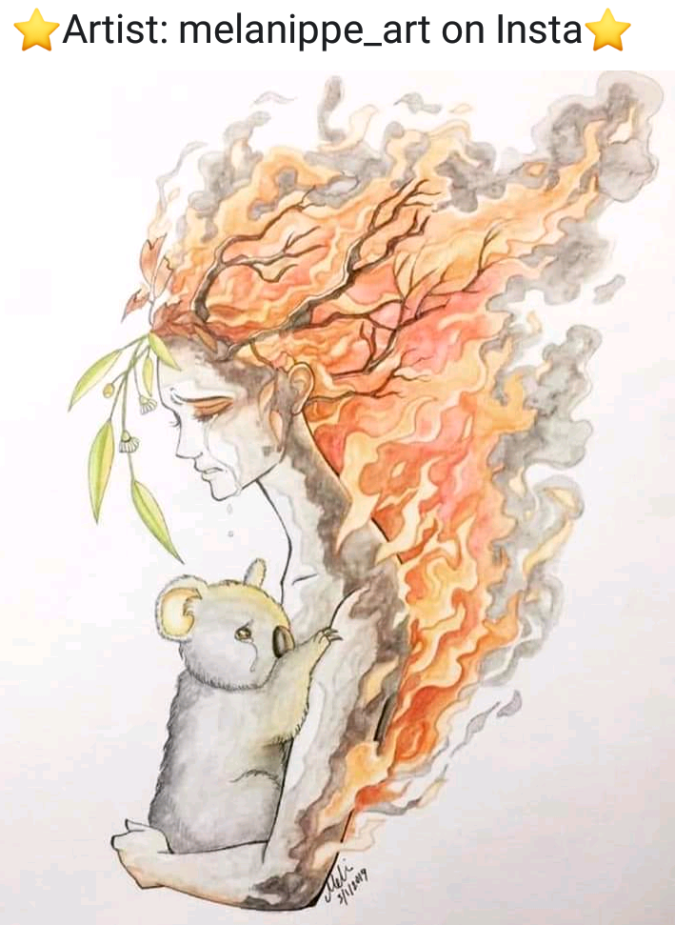 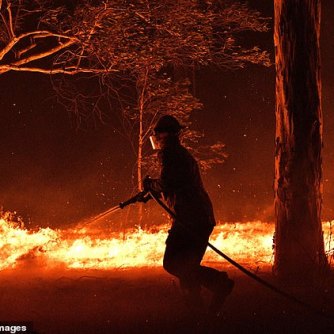